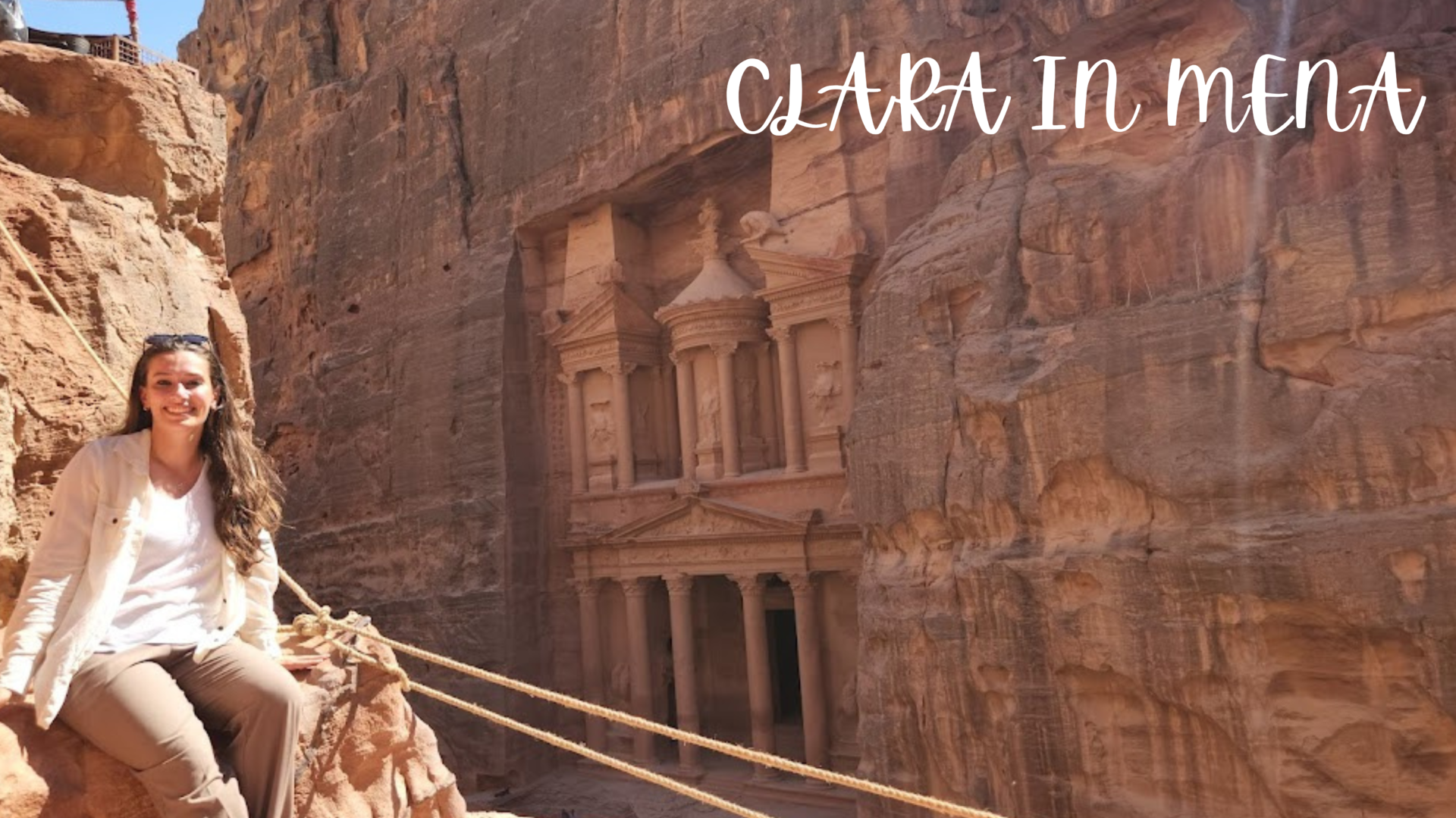 Back in 7th grade, I was assigned to research and present a “Wonder of the World.” After a brief bit of research, I was immediately entranced with a location in the Middle East called “Petra.” Older than all religion and most languages, it is a city hidden in canyons with caves and homes carved into rock. A massive “Treasury” towers over onlookers, and it has captured the imagination of scholars, adventurers, film-makers, and tourists alike.

As I have traveled more and more, I have realized that natural wonders are more impressive to me than churches or tourist icons. Petra was so ancient, natural, touristy, and grand. I understood why the Bedouin people wanted to keep it a secret from the world for so long.

I have been amazed at the canyons in Jordan. Walking down to the more “icon” parts of Petra, you are led down a winding path through a canyon, which ends with the slow emergence of Petra’s treasury. While walking through the canyon, looking up at the sky, the high cliffs, the ancient carvings, you can’t help but think about the millions of people for thousands of years who have made this same journey in awe, awaiting the indescribable view and sensations that seeing the Treasury evokes. Important places in Jordan have all evoked this similar feeling in me. A mix of gratitude, wonder, awe, and recognition of my inability to comprehend the longevity of a place’s history and people.

Perhaps one of the more meaningful experiences I had in Jordan was with a Bedouin man. There is a beautiful viewpoint of Petra (I think technically illegal to climb to) where many people climb to get pictures. As a temperamental Instagram influencer, I wanted the best view of Petra. For $10, I was led up the side of a cliff to a high platform where several Bedouin men were drinking tea and smoking. It was the first place I had been without tourists (though 20 followed about 30 minutes after I climbed up). The view of Petra felt magical. As I spoke with the Bedouin men in Arabic, I realized that this intimate experience would not have even taken place if I had not been learning Arabic with CLS so intensively for the last 1.5 months. There is a certain degree of respect and privilege you earn from Arabic speakers when you display your knowledge of their language, and being in such a touristy area made this connection even more rare and important for me. Perhaps I was just another tourist to these Bedouin men, but to me, this experience, staring at Petra with men who still lived in the caves surrounding the area, whose ancestors 12 generations back had done the same, exemplified to me the emotional connections I am able to make with people, just by exchanging words in another tongue. Petra is the most beautiful place I have visited in all my travels.