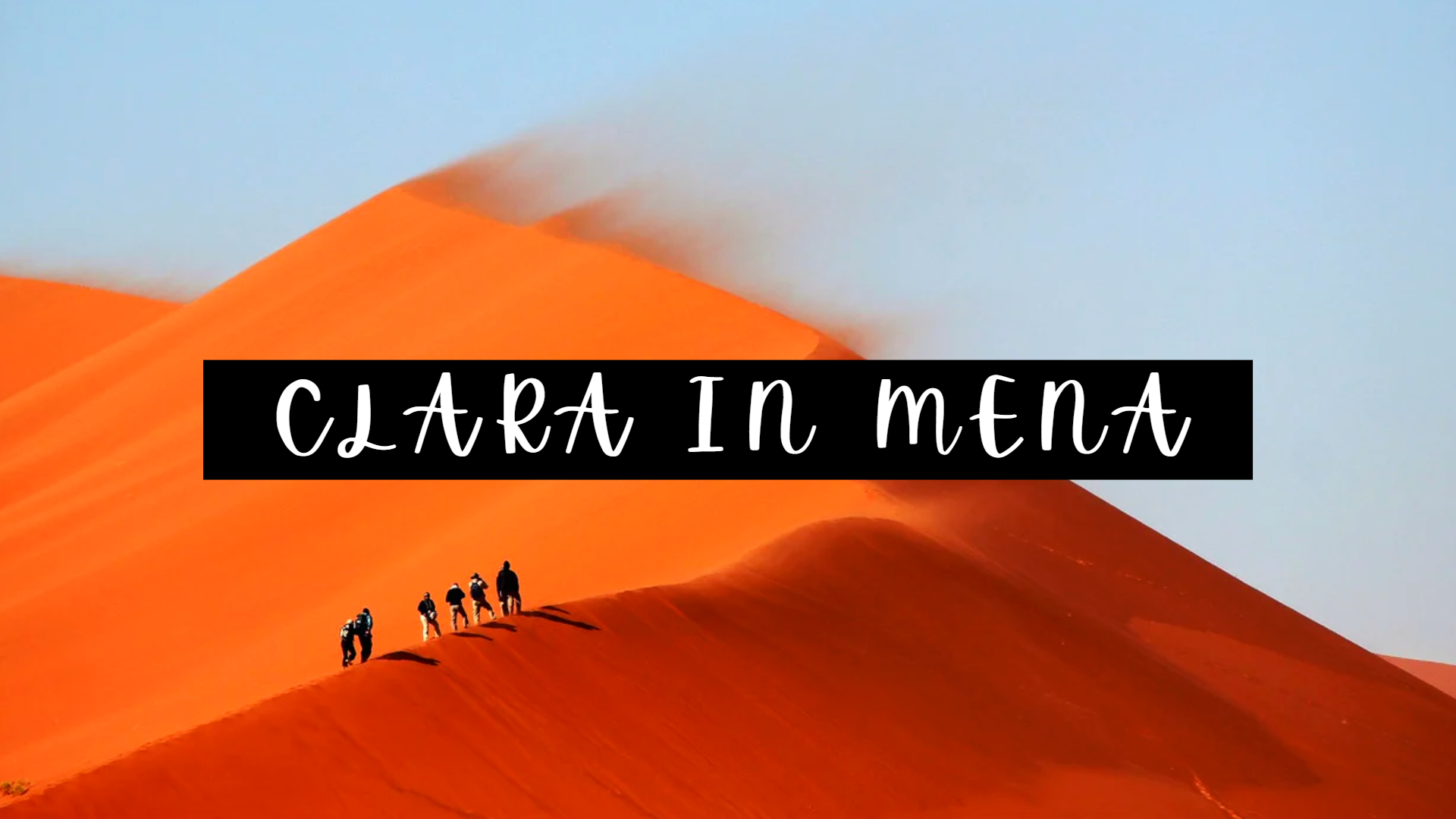 I am officially almost done with week 3 of classes. The weeks have felt long and fast at the same time, as it usually does in intense academic study. I am seeing immense gains in my language skills and I’m already better now than I was at the end of CLS back in 2020. Our teachers are all incredibly kind and attentive. Unlike most classes in college, there are only 6 people in my class. It is almost impossible not to participate every other minute and be engaged for the entirety of the day.

Perhaps the most memorable weekend trip of the past few weeks was to the Dead Sea. It lived up to expectations. One does indeed float straight to the surface, which was a gravitational concept I had a hard time physically understanding as someone who has spent so much time in “normal” water. What they don’t tell you is that the water BURNS any orifice it can find its way into. 🙂 You’ll see in the photos that many of us are covered in mud from the Dead Sea. The mud has “restorative” properties and minerals that are good for the skin.

It was pretty amazing to know that I was standing at the lowest point on Earth, but also that I was looking across at Palestine/Israel, from the grounds of a resort. There have been many moments on this trip where I’ve recognized the immense privilege we have as Americans and how far removed I have been from these conflicts that I have learned about in class.